Before the university I have studied BASIC language using my MSX 64 K Bytes Ram, 2.8 Z80 Computer. On that time cassette tapes were the only available storage media that I have. On this computer I have learned the basic of programming, dealing with data, input and output, and finally I was able to write some graphical games, using spirit in MSX BASIC as I do remember.

After I have joined Sudan university in 1995 , I found that Turbo Pascal 6 is used as an introductory language for computer programming. At first I hated it, I found it more complex than Basic. Then I started using QBasic in University labs. After writing a game in QBasic I decided to try Pascal language again, and that happens before first official course of programming language. The course of Pascal language has started in the second semester. In the second semester I write three graphical computer games using Turbo Pascal 7. I remember that in lab it was not allowed to play games, but my friends copy these games and start to play with them. When lab administrator ask them to stop playing games, they say, this is a program of Turbo Pascal not a game and they open the source to prove it. Here are some snapshots of that games: 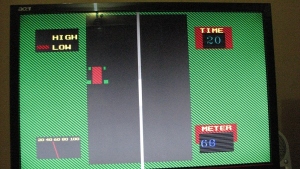 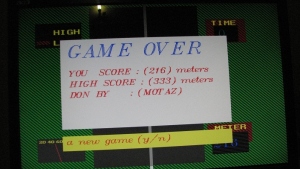 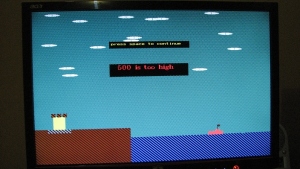 At some point lab administrators upgrade Turbo Pascal 6 to Turbo Pascal 7, and when we asked our seniors about the difference, the say TP7 makes different color for reserved words.

I have resumed developing a lot of applications using Turbo Pascal during the first year in university. One of my important projects was typing tutorial, a text interface application to practice typing. 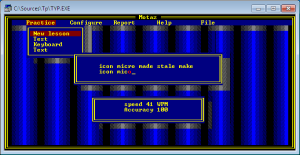 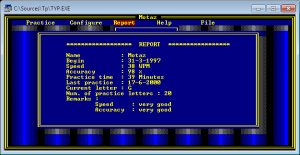 At the middle of second year at university I started to move into graphical interface instead of text mode. I spent enough time to write graphical library which includes menus, buttons, and different dialog boxes which supports mouse and is similar to Windows, at that time it was Windows version 3.11. Then I used these graphical libraries to write some applications like Arabic font designer, and diskettes library organizer. 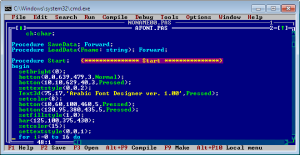 I want to comment that Turbo Pascal 7 has a wonderful help system, strong compiler, bug free editor, fast executables and a debugger from the future.

4 thoughts on “My Story with Object Pascal language. Part one: Turbo Pascal”